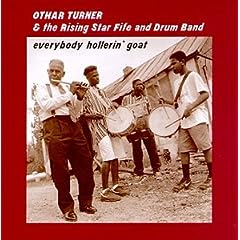 Instruments that originated among the black population had to be cheap. They used the body: patting juba, whistling, singing. Or they could be made out of materials in the woods, like making banjos from gourds and pipes out of split bark; both of these instruments came from Africa.

This kind of pipe was called “quills.”

I was thinking about black American wind playing influenced by quills, so I made a playlist: