Lewis Hall’s 1893 tearjerker “A Widow’s Plea For Her Son” was old but not all that out of style when Charlie Poole and the North Carolina Ramblers recorded it 36 years later along with two other songs in the same genre — “Write A Letter To My Mother” and “Mother’s Last Farewell Kiss.”

Parlorsongs.org has a page full of mother songs from 1910-20. There’s this syrupy number entitled “M-O-T-H-E-R”:

Do you remember what M-O-T-H-E and R stand for?

M is for the million things she gave me.
O means only that she’s growing old.
T is for the tears were shed to save me.
H is for her heart of purest gold.
E is for her eyes, with love light shining.
R means right, and right she’ll always be.

In case you were wondering who your best friend after all is, it’s your mother:

And on the off chance that you’re the kind of heartless bastard who isn’t loving their mother properly, ‘There’s A Mother Old And Gray Who Needs Me Now’:

They were not afraid to go for the gusto back in the good old days.

I came across “Widow’s Plea For Her Son” in the form of a May 7, 1929 recording by Charlie Poole and the North Carolina Ramblers under the name “The Mother’s Plea For Her Son,” which was on a fine compilation CD called Cotton Mills and Fiddles:

This album represents a sampler of old-time string bands found in the rich pocket of folk music in the area comprising Spray, North Carolina; Danville, Virginia; and Fieldale, Virginia. All the recordings were made between 1926 and 1931 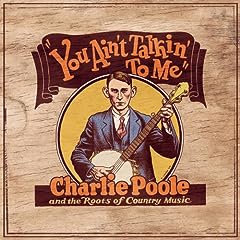 The archaic style of the song hit me hard, and I picked up more Charlie Poole in a box set entitled You Ain’t Talkin’ to Me: Charlie Poole and the Roots of Country Music. This box set is a stellar curation job which I highly recommend. In some ways I modeled this blog on it.

Poole had a talent for tightening up arrangements to give a song more punch. This song needed it. Here’s how the lyrics go in his version:

Strolling to a courthouse not many miles from here,
A boy stood in a prison dark and his mother she stood near.
The lad was quite a youngster, although he’d gone astray,
and from his master’s changebox he had stolen some coin away.

The boy addressed his honor as the tears rolled down his cheeks.
He said “Kind sir would’you please allow my mother here to speak?”
His honor then consented, while the boy hung down his head,
and turning to the jury men, these words his mother said.

The widow’s eyes were flashing fire her cheeks turned deadly pale:
“The reason why I’m here today is to save my boy from jail.
Although I know he’s guilty, and though his crime is bad,
remember I’m his mother and I’m pleading for my son.

If you compare that to Lewis Hall’s original lyrics, you’ll find that Poole kept the first three verses and the chorus mostly intact, though he did make some minor edits for the better. But he condensed the last four verses, which overflowed with bullshit, into the one strong verse closing out his own version.

The Internet Archive has a bunch of very old recordings in the mother genre.

(mp3) Your mother wants you home, lad by Robert Price is a straight up sentimental song about a widow on a stormy winter’s night etc. There’s no date on the page, but from my ears it’s an acoustic recording, which would put it before 1910. I hear the musical style as being turn of the century, around 1900.

(mp3) Snyder, does your mother know you’re out? is an 1899 number. It’s the earliest recording of yodeling that I’ve come across — Jimmy Rogers didn’t happen until nearly thirty years later. This is a comedy song, and I have to admit that I find it a little funny. I’m starting to grok their sense of humor.

As long as the mother song genre went on for, though, eventually something had to break into its dream state: (mp3) Blind Willie Johnson-Mother’s Children Have A Hard Time is a harrowing blues from late 1927 with a staggering level of pathos. A commenter on the archive.org page for this song claims that Johnson was blinded as a child by his stepmother in a fit of anger after she was discovered in bed with another man by Johnson’s father, who then beat her.

Which takes mother songs to a whole new place.

(This post is part of my series on “A Widow’s Plea for Her Son.”)

5 replies on “A Mother’s Plea For Her Son”

On the subject of songs about motherhood, an interesting piece of history is that Pappy O’Daniel, then a radio host in Texas in the 1930s, wrote songs like ‘Mother you fashioned me, Bore me and rationed me’ and ‘The Boy Who Never Grew Too Old to Comb His Mother’s Hair’ and had his hillbilly band play them on the air.

O’Daniel went on to become Governor of Texas, defeated Lyndon Johnson for a Senate seat in the special election of 1941, and served as the model for the corrupt Governor of Mississippi in ‘O Brother Where Art Thou?’.

I wonder if those songs exist in the Internet Archive?

So recognizable and yet so alien. Things change so much–and so little–in 100 years.

[…] was the overwrought pathos of Mother’s Plea For Her Son that pulled me in and made me sing along. I couldn’t […]

[…] a comment on one of the mother songs, Spiegs (who is a politics junkie) brought up this totally obscure […]

What a terrible tale about Blind Willy Johnson, and how curious, the many parallels to the Oedipus myth.